Each year US Adult Soccer has the privilege of honoring a select few of our members by inducting them into the USASA Hall of Fame. These members have made a significant effort to support and advance adult soccer in the United States and will be celebrated this September at USASA's AGM in Aurora, CO.

This Year's inductee happens to be our own RISA president David Borts.

Since 1960 when David first put on a pair of wooden cleated boots in Colindale, England, he’s been in love with the beautiful game of soccer. Returning to the US as a ten-year-old athlete who played all sports but loved one, he became a developer and builder of soccer. There were no youth academies, and only one pee-wee soccer league in Rhode Island. So he became the kid on the bike with a pair of cleats and a ball always looking for players and pick-up games around Providence. When he went to high school, there were not teams, so he founded one.

He went on to play college soccer, and after graduating, played for all the top amateur teams in Rhode Island. As his playing days dwindled, he continued keeping the flame of soccer development in RI going. He got involved in administration and served as a president, committee member and coach. He has been a mentor and advisor for hundreds of young players. He is a top-level administrator, builder and friend of soccer. In 1977, David founded the Multi-National American Soccer Club (MASC) which he managed, coached and played for through 90s.

ln 1989, David Borts was elected President of the Rhode Island International Soccer League a 12- team league, which had foreign country  founders. He served in the capacity until 1992.

In 1992, David was elected as Vice-President Rhode Island Soccer  Adult Association (RISA) serving in this capacity and as a USSF delegate until 1999.

ln 1999, he was elected President of RISA and continues in this job today.

ln 2008, he was appointed by the USSF to its Appeals Committee and continues to serve.

A husband, father and grandfather, David continues to increase awareness to the game of soccer to everyone he meets.

Congrats on this great achievement! 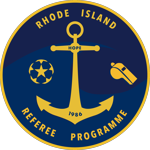 All course materials and assignments (with the exception of the three hour Zoom class) can be completed within the US Soccer Learning Center.

Anyone wishing to join this course must be 13 years old before they can register.

Please feel free to pass this information along to anyone you know who wishes to become a referee! 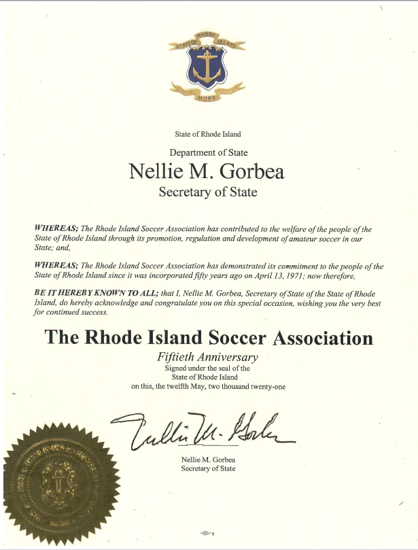 RULES OF THE GAME

Things you need to know...

These fine organizations make what we do possible.

Where a Nation joins a Team!

Celebrate the Beautiful Game of Soccer in the USA!

You could win VIP tickets to the 2023 Premier League Mornings Live Fan Fest in Orlando!HOW TO ENTER